How Three Stripes are Making a Cultural Comeback

By VINCE THOMAS
Art by NATHAN McKEE and CHRIS NEELEY

Riding on the back of ascendant hip-hop culture and the shell-toe Adidas Superstar-rocking, transcendent Run DMC, the domestically invisible German company was able to claim unmatched cultural cachet and street credibility. It all peaked in 1986, when Run DMC dropped “My Adidas”—part three-stripe love letter, part response to “Felon Sneakers,” a harebrained poem-turned-song by poet Dr. Deas all about respectability politics and blah-blah-blah.

But then—before the takeover could really get humming—Adidas lost its crown to Nike via a confluence of bad decisions and bad luck. Soon, it even relinquished runner-up status to brands like Reebok and fell out of relevance for some time. That is, until recently.

By attaching itself to avant-garde designers like Jeremy Scott, fashion-forward hip-hoppers—chiefly Kanye West and Pharrell—and a similarly budding cross-industry star like newly signed James Harden, Adidas is making a comeback to be, once again, a cultural juggernaut.

In the 2005 documentary Just For Kicks, Angelo Anastasio, Adidas’ marketing director during its ’80s peak, put it plainly: “The superstar shoe was dead. And Run DMC singlehandedly brought that shoe back.” Yeah, cats rocked Pumas and Pro Keds and Converse and Filas, but Run DMC—touring across the U.S. and around the world, and with videos on MTV and BET—put Adidas on another level.

By 1986, Run DMC was selling out arenas. The Raising Hell World Tour made an obvious stop at Madison Square Garden, better known as “Run’s House.” During their “My Adidas” performance, Run told the crowd to put their Adidas in the air. Next thing you know, practically thousands of three-striped kicks were being held up. This was a thing.

But then Adidas made a colossal mistake. As the story goes, it let Michael Jordan walk in 1984 when he was looking to sign with the shoe company as a rookie. At the very least, it let Nike and Sonny Vaccaro outmaneuver it. The Air Jordan I hit stores in 1985. The NBA banned them because they had no white in the colorway, giving the shoe an anti-establishment appeal.

Jordan dropped 63 points on the Celtics in them about a month before Run DMC released “My Adidas.” Adidas still had a couple of years left as the cultural brand of choice, but Nike and MJ were comin’.

Four years after signing MJ, with Adidas on a five-year run, Nike released the Air Jordan III—the first pair designed by the now-legendary Tinker Hatfield. It also teamed with Wieden+Kennedy and Spike Lee for the now-iconic Mars Blackmon ads, the first of which premiered as Jordan held his pseudo-official national coming-out party—the 1988 Slam Dunk Contest. If he was a cool, young NBA star with dope kicks before the Dunk Contest, he was a full-fledged megastar after.

It wasn’t just MJ and the Jordans, though. Nike and Wieden+Kennedy began a decades-long streak creating iconic ads, like “Just Do It,” “Bo Knows” for Bo Jackson’s Air Trainers, “Lil’ Penny” for Penny Hardaway’s Air Pennys, and “I Am Not a Role Model” for Charles Barkley’s Air Max. The Fab Five rocked the Air Huaraches. There have been the Penny Posites, the Air Max, Air Force, Air Raids, Air Flights, Air Zooms, the LeBrons, the KDs—design, sales and cultural dominance spanning four decades.

With the Pumps, Reebok burst on the scene at the 1991 Dunk Contest with Dee Brown’s shenanigans. His dramatics on a national stage and the shoe’s design and novelty struck chords. Reebok was on the map, usurping Adidas in the second-place space below Nike. But it was its mid-’90s signing of cultural icon Allen Iverson that made it a legitimate contender when it came to its cultural profile.

Reebok capitalized on Iverson’s anti-hero persona, doing things like pairing him with rapper Jadakiss to make commercials that entered the hip-hop zeitgeist. Plus, his first shoe, The Question, remains one of the industry greats.

Later, Reebok teamed with the biggest rap stars of the day—such as Jay-Z and 50 Cent—for signature shoes. They weren’t necessarily big sellers, but it gave them the cool capital that Adidas hadn’t had for years.

When Reebok signed AI, Adidas wasn’t necessarily invisible on the big-signing landscape. It inked prep-to-pro Kobe Bryant, who’d eventually play for the league’s glamour squad, the Los Angeles Lakers, a young cat with the game and image that set him up to rival Penny Hardaway and Grant Hill as, at the time, the “Next MJ.” Kobe left eight years later.

It signed a string of high-profile stars with neon-bright futures—Derrick Rose, Gilbert Arenas, RG3, Dwight Howard, Reggie Bush—all great ideas at the time. But each of these stars has seen his career derailed by either injury, public backlash or a combination of the two. Adidas’ biggest win of the previous decade—the T-Macs—highlighted its chief problem. Other than Tracy McGrady’s signature shoe, Adidas just wasn’t designing kicks people wanted to wear.

Back in 2008, Adidas forged a more formal bond with periodic collaborator and high-fashion designer Jeremy Scott. For his collection, he did things like swap sneaker tongues for teddy bears and, most famously, added wings to the back of the shoe. In Outside the Box: The Rise of Sneaker Culture, Scott said the wings were partly inspired by basketball players “flying through the air to make a slam dunk.”

Jeremy Scott Originals put Adidas back in the sneaker culture conversation. Lil Wayne, for instance, was an instant fan. Over the past several years, Adidas started re-releasing some of its classic lines. It reintroduced the shell-toe Superstar, the Stan Smiths. This coincided with the new lifestyle-centric imprint that was a hallmark of sneaker culture. Adidas, you could say, was returning to its roots, focusing on the aesthetic of city culture.

When Nike partnered with Kanye West for the Air Yeezys in 2009, it added a high-fashion, limited-release sneaker to its empire’s wide-release behemoths like the Jordans and LeBrons. The Yeezys, because of their price and scarcity, took on a mythic quality within the culture.

But in 2013, an increasingly frustrated Kanye (this was the year he released the perturbed Yeezus album) started bristling at the lack of creative freedom he had with Nike. At a concert stop in Nashville, Tennessee, maybe the most culturally influential star of his generation fired shots at Nike CEO Mark Parker. “Everyone at Nike,” he said, “Mark Parker just let go of the culture.” Days later, he signed with Adidas.

A few weeks after, Adidas signed another culture/fashion icon, Pharrell Williams, who’s taken the Superstars and refashioned them in 50 “Supercolors.” It let noted Belgian designer Raf Simons—known for mashing up high fashion with streetwear—do his thing with the signature Stan Smiths. It brought rapper and self-proclaimed “Fashion Killa” A$AP Rocky on board to rock with Scott.

The release of Kanye’s Yeezy Boost series has been met with a moderate level of hysteria—sweepstakes, raffles, overnight lines and “How to Buy” guides. Adidas, it would seem, is back with a vengeance.

With the lifestyle and streetwear portion of the brand humming, earlier this summer, Adidas made a play to break the streak of bad luck it’s had with its signature athletes. Reports leaked that Adidas was attempting to lure new crossover celebrity James Harden with a $200 million contract. The reports were true, and Nike declined to match the offer.

Adidas is banking on the hope that the wrist-flicking Harden—with his well-known beard and game—along with a new slate of designers poached from the Nike campus can create a signature shoe to approach or rival the LeBrons and KDs in the marketplace.

Earlier this month, Adidas released its first commercial for Harden since inking him to his mega-deal. The ad, titled “Creators Never Follow,” features Harden euro-stepping, “cooking,” stroking his beard, getting fresh, “hittin’ them folks,” getting parodied by viral sensation BdotAdot—a celebration of more than just his All-NBA game. Perhaps a return to form for the brand—a comeback, trying to take the lead. 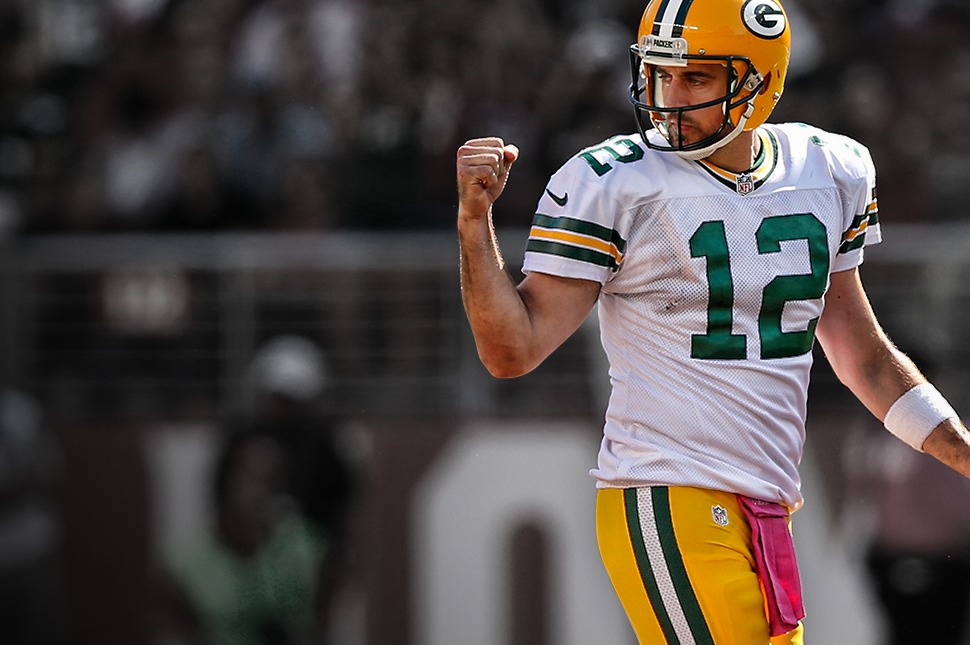 How Aaron Rodgers Saved the Packers 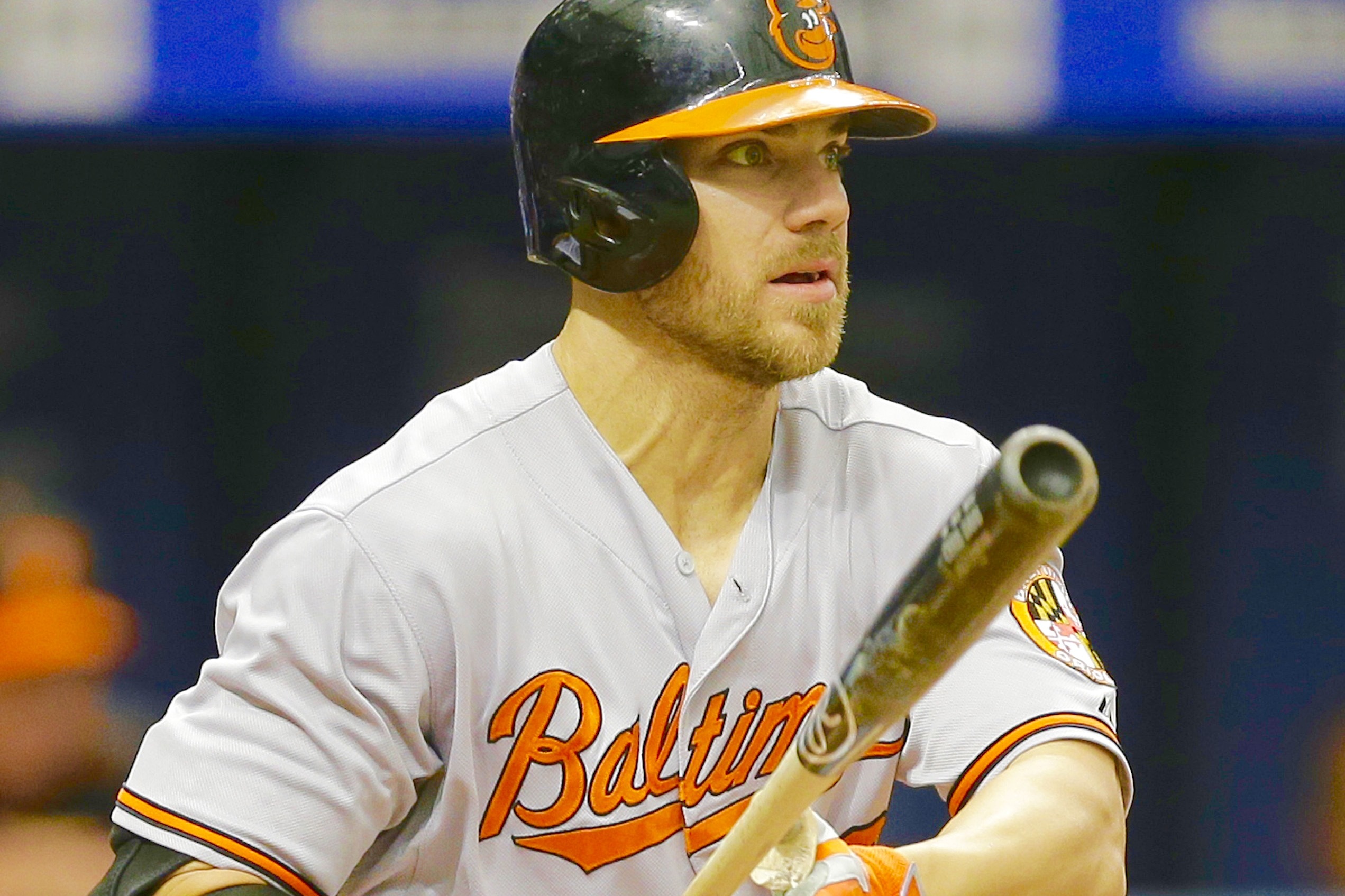 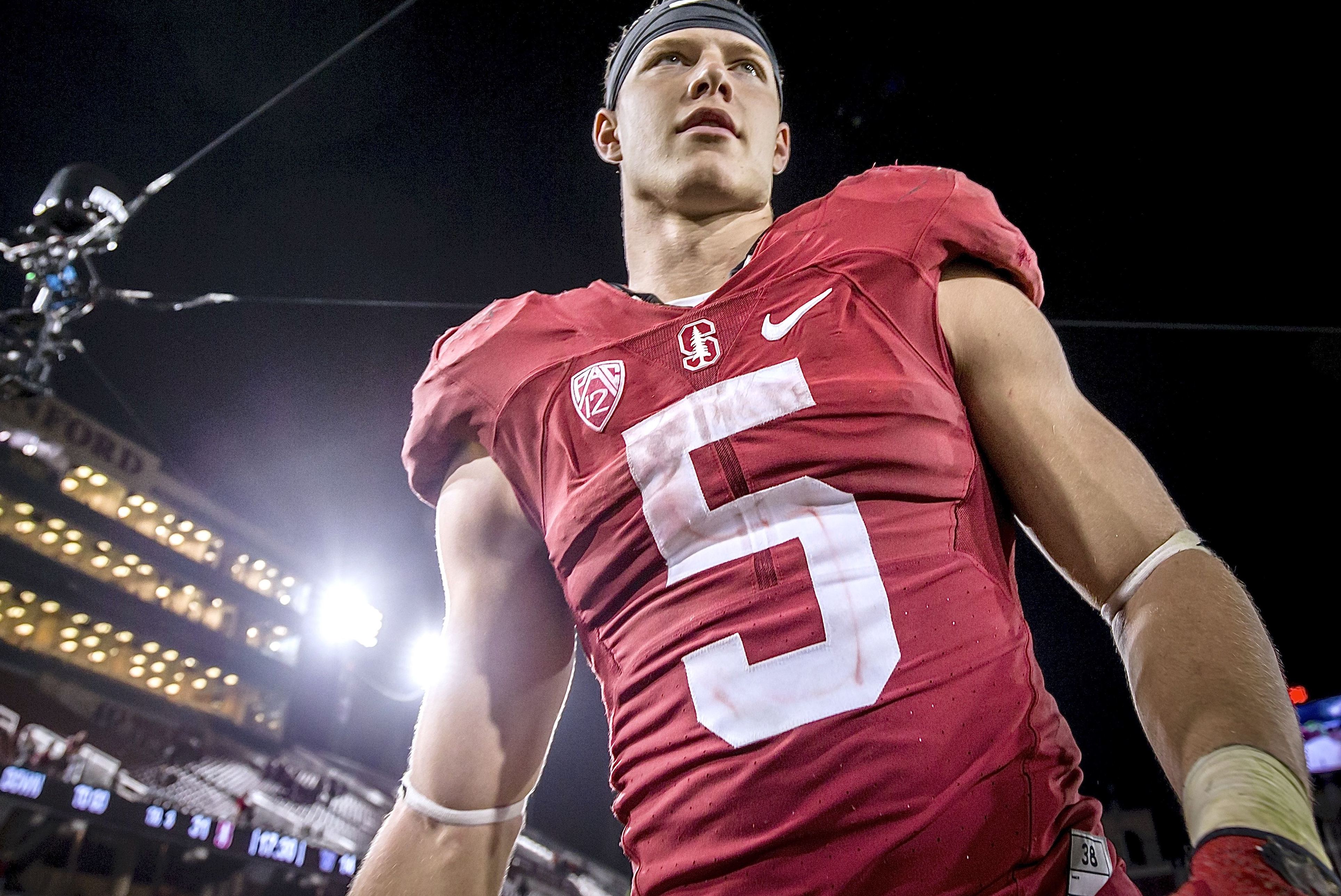 From Prized Recruit to Heisman Finalist 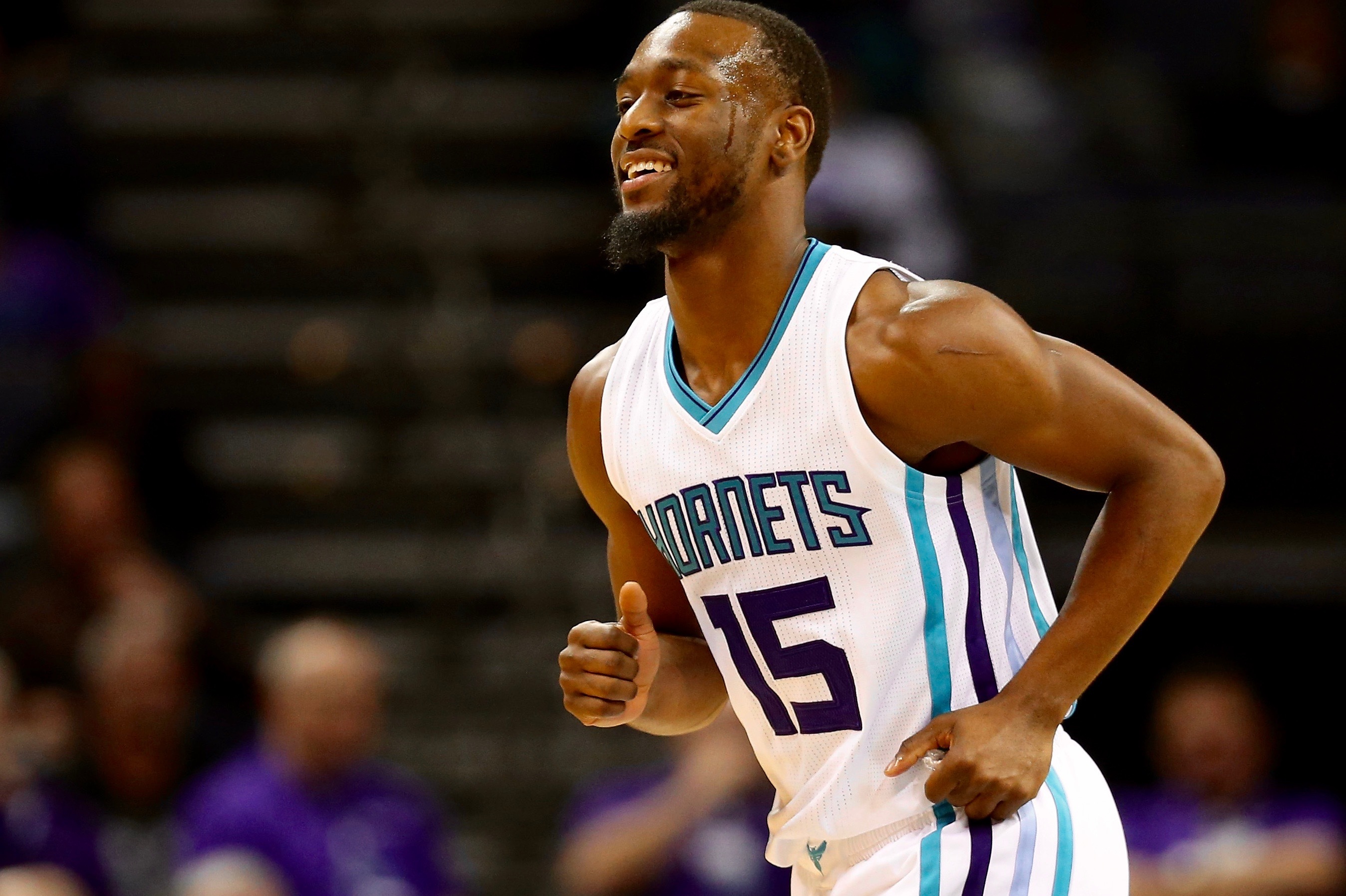 NBA Players Who Have Reinvented Themselves