Colin Kaepernick’s conversation has arrived, and protest in the NFL has become, incredibly, something close to normal. What now? 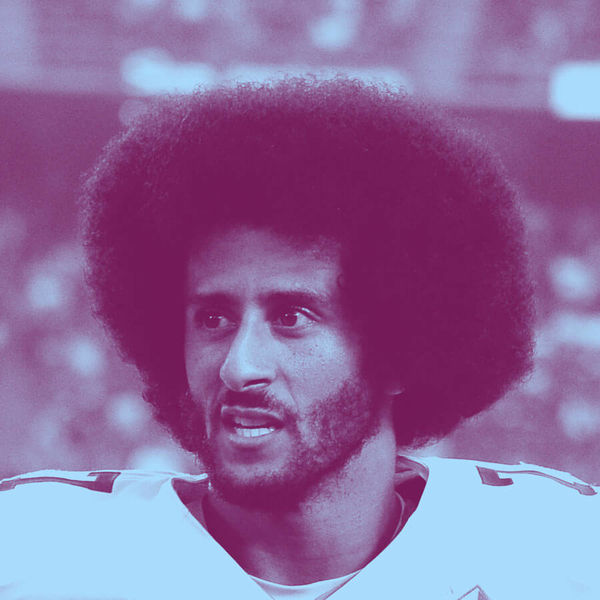 SANTA CLARA, Calif. — The flag was gigantic, as usual. A banner flew overhead—KAP INSPIRES COURAGE!, it read—but on the field at Monday Night Football, the politics of unusual were taking over during “The Star-Spangled Banner.” The leader of the NFL players’ protest movement against racial injustice, 49ers quarterback Colin Kaepernick, once again took a knee. His teammate, Eric Reid, once again knelt beside him. They both bowed their heads during a moment of silence for the victims of 9/11, right behind the flag, and the other Niners chose to stand for the national anthem, most with hand over heart. The defensive lineman Quinton Dial even helped military personnel hold the giant—and I mean giant—American flag that stretched from goal line to goal line.

But there was safety Antoine Bethea, and linebacker Eli Harold, too—both standing with fists in the air, just as New England’s Martellus Bennett and Devin McCourty had the night before, and Marcus Peters of Kansas City before that. Every man stood or bowed for himself, and the spirit of protest became something close to ordinary. Isn’t that America?

Afterward, several Niners, for several minutes, exchanged hugs with Kaepernick and Reid. The 49ers may not be of one mind, but they are still one team.

That was in keeping with the new normal of the NFL’s first weekend, a showcase the league always dresses up in red, white and blue, all the more so when it coincides with the anniversary of the September 11 attacks, sending a nation’s patriotic fervor soaring into the stratosphere. Given that climate, it wouldn’t have been surprising to see conflicts across the league between those who wanted to show their unrelenting pride for America and those who wanted to express their hope for a better one. But there was active protest, and it was mingled with near-unanimous respect; there were dissenting opinions, but they were met mostly with tolerance.

Sure, you could find the extremists on social media calling for Kaepernick and other players who protested to be cut, exiled or worse—you could certainly hear them in the crowd here at Levi’s Stadium. Privately, I’m told that many players white and black have been “biting their tongue.” (And, sure, maybe the pig-cop socks were a little over the top.) For the most part, though, there was an air of reasonableness that no one could have foreseen three weeks ago, when outraged fans were burning Kaepernick jerseys for the simple act of sitting down on a metal bench.

Most of the country has taken a deep breath since that initial fury. Instead of setting Kaepernick’s uniform on fire, Americans have now made it the best-selling jersey in the NFL. Kaepernick has tempered his approach, making it clear he means no disrespect to U.S. troops with his protest. Now that the shouting has settled down, there seems to be an understanding that patriotism and activism aren’t mutually exclusive.

The acceptance Kaepernick has found may have made other players feel it was safe to join him. The Broncos’ Brandon Marshall took a knee in the regular-season opener Thursday, in prime time. Miami’s Arian Foster, Jelani Jenkins, Kenny Stills and Michael Thomas knelt beside each other Sunday, across a gigantic flag from a Seattle team standing with arms linked. Kenny Britt and Robert Quinn of the Rams did their Tommie Smith-John Carlos thing, too. “It’s been amazing,” Kaepernick said Monday night. “People have known this issue was going on. They just didn’t know quite how to express it and bring attention to it. Now that the conversation is there, they support it and they want to let people know they’re supporting it.” 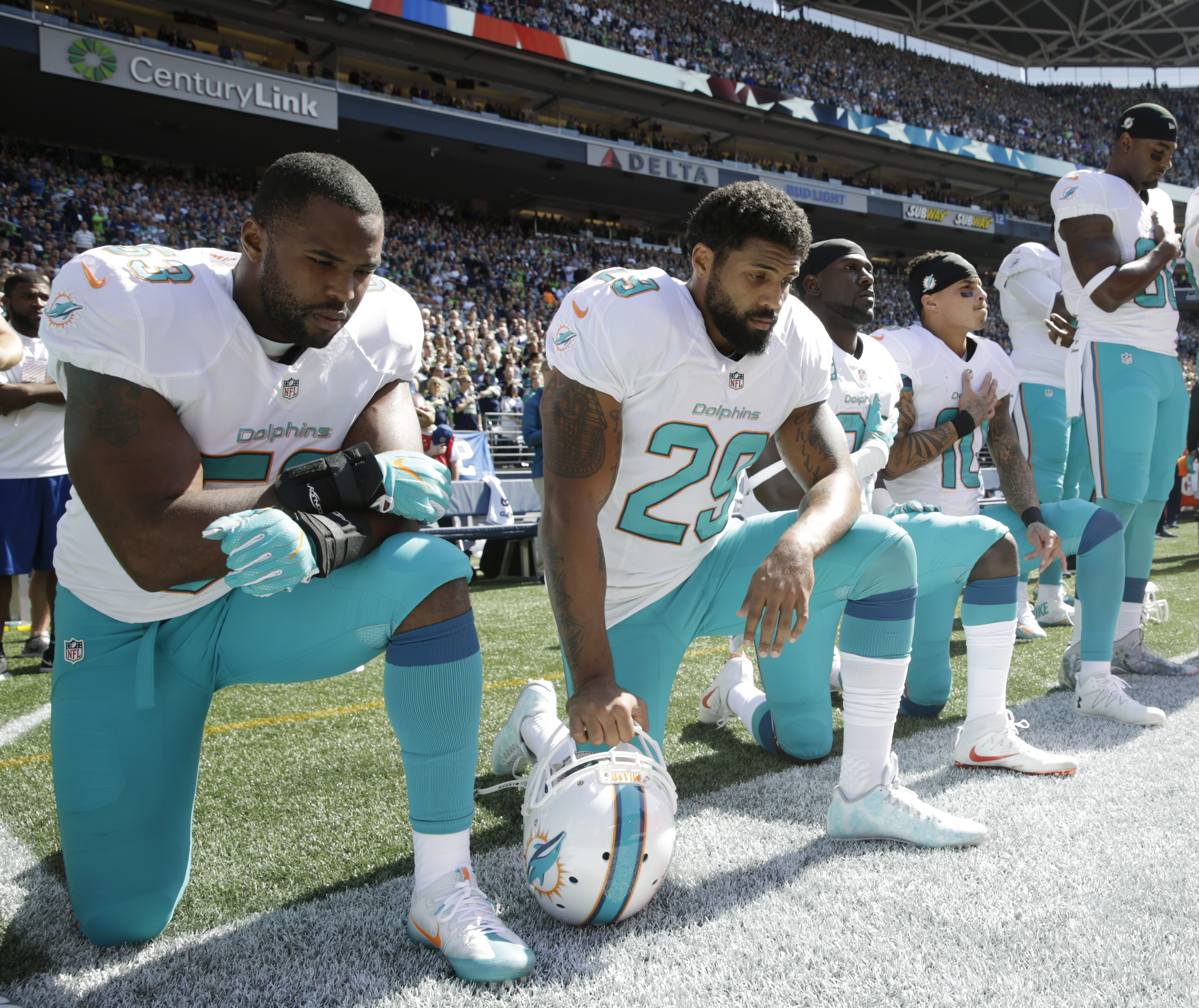 Not everyone is convinced this harmony will last, especially in locker rooms, which can be less welcoming of dissent than even some corners of Twitter. “Somewhere, eventually, this is going to become an issue,” said one former Niner who asked not to be identified. “It will boil over. Not necessarily here, but I can guarantee you that there are players in the league who strongly disagree with all of this, but they’re biting their tongue. If this keeps going on, they won’t bite their tongue forever.”

It doesn’t seem like those players will be current 49ers, who have been quick to come to Kaepernick’s defense. Former Niner and ESPN analyst Trent Dilfer criticized him over the weekend for being a distraction to the team, saying that as a backup quarterback, Kaepernick’s job “is to be quiet and sit in the shadows and get the starter ready to play Week 1.” But Harold called Dilfer “an idiot,” and Monday night Kaepernick put Dilfer’s “ridiculous” comments in their place.

There are no signs Kaepernick’s activism has fractured his team. They won 28-0, after all, and well before the hugs Monday, he addressed his teammates in a meeting following his first protest to make his position clear. “Our players understand Kap’s side of it and see where he’s coming from,” said coach Chip Kelly. “That’s really been the last that as a team that we talked about the situation. We recognize and respect Kap’s decision and his constitutional rights to do what he’s doing, and it sounds like it’s been a positive change.”

That hardly fits the stereotype of a militaristic martinet NFL coach. Kelly has been as tolerant as the league itself, which has declined to punish or pressure players into abandoning their protests so far. Not that Roger Goodell is calling for a town-hall meeting or anything—“positive” seems to be the party line—but still: Progress takes time, and when protests become part of the everyday dialogue, at least the possibility of change becomes real.

There’s reason to believe this next phase of the debate will be more civil, with more light than heat, and that’s no small thing. Certainly, the anthem protests will continue without 9/11’s shadow of jingoism, even though, as Kaepernick says, “I don’t want to kneel forever.” And even he has trouble guessing how many players—on his team or others, or in other leagues—will continue to join him. “A lot of times, in this position, players aren’t quite sure whether they should or shouldn’t, because they don’t know the consequences that come with it,” he said, mentioning Marshall, who lost multiple endorsements after taking the first knee of the regular season in Denver. But that we have a count going at all—almost something of a statistic—for the number of race-related silent protests happening in an NFL season is, if you step away from your corner of Twitter for a moment, a pretty big thing. We’re at more than a dozen players and counting.

No matter how long Kaepernick kneels, it’s clear he will get no pressure from the Niners organization to stand. “I’m not going to tell guys what to do,” team CEO Jed York said before Monday’s game. “That’s not my place.” York has backed up those words with action, donating $1 million to two community-based organizations.

“It’s been good to actually start a dialogue in our locker room and in our entire organization,” said the owner. “That’s what I’ve been trying to say: It’s not about an act, it’s not about a gesture, it’s not about attire. It’s about the underlying socioeconomic and social and racial issues that we see in the country that we’d like to bring light to, and hopefully we can make a little bit of a difference.”

The movement Kaepernick began—or at least led on to the field, next to, seriously, the biggest flags you’ve ever seen—has found its moment of surprising acceptance, which is perhaps a sign the wider protest movement has, too. The trick now will be knowing when the anthem protests have lost their usefulness. Already there’s a sense that they are becoming variations on a theme—sitting, kneeling, standing but raising a fist during the anthem, raising a fist after the anthem. That’s when the time comes to move beyond silent protests and start talking. You can kneel forever, or you can stand up and find your voice. Kaepernick has found his, and by the time we get to Week 2, we might actually be getting somewhere.

“I feel change is coming,” Kaepernick said, and it was hard to argue with him, even though the country, at first, did exactly that. In just three weeks, he has inspired a great deal of courage, and that’s change in itself.

Phil Taylor, a former senior writer for Sports Illustrated, where he won a National Headliner Award for the “Point After” column, is a contributor to CSN Bay Area and a writer based in Menlo Park, California. Follow him on Twitter: @byPhilTaylor 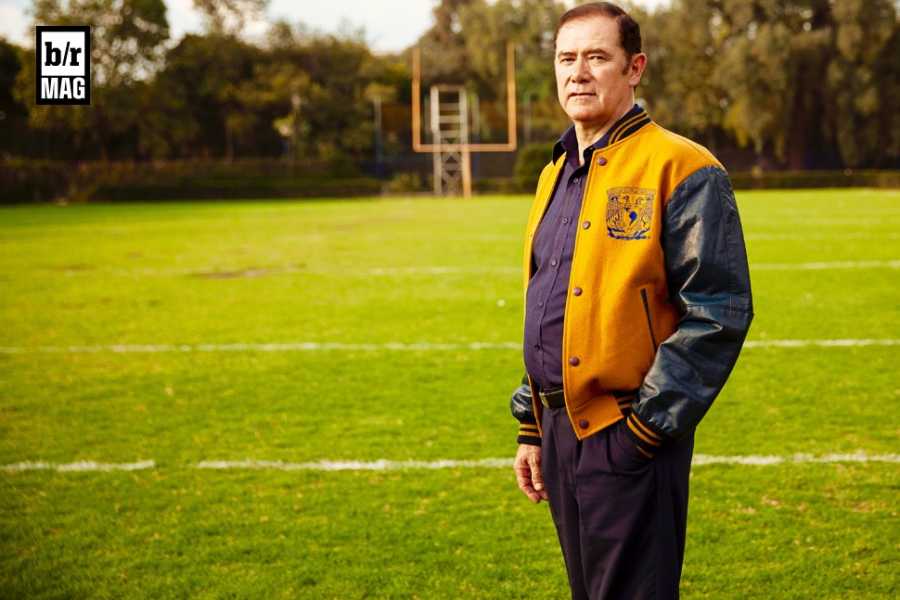 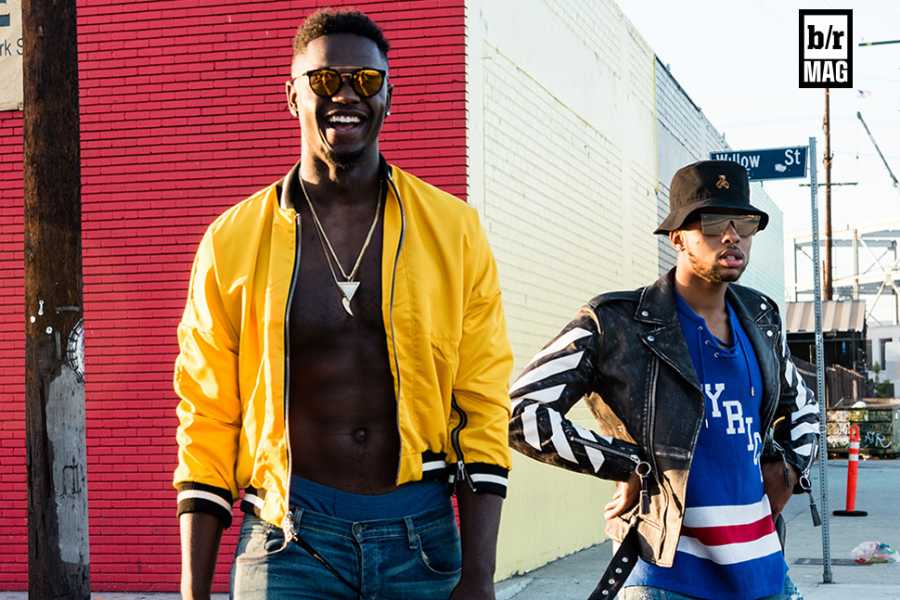 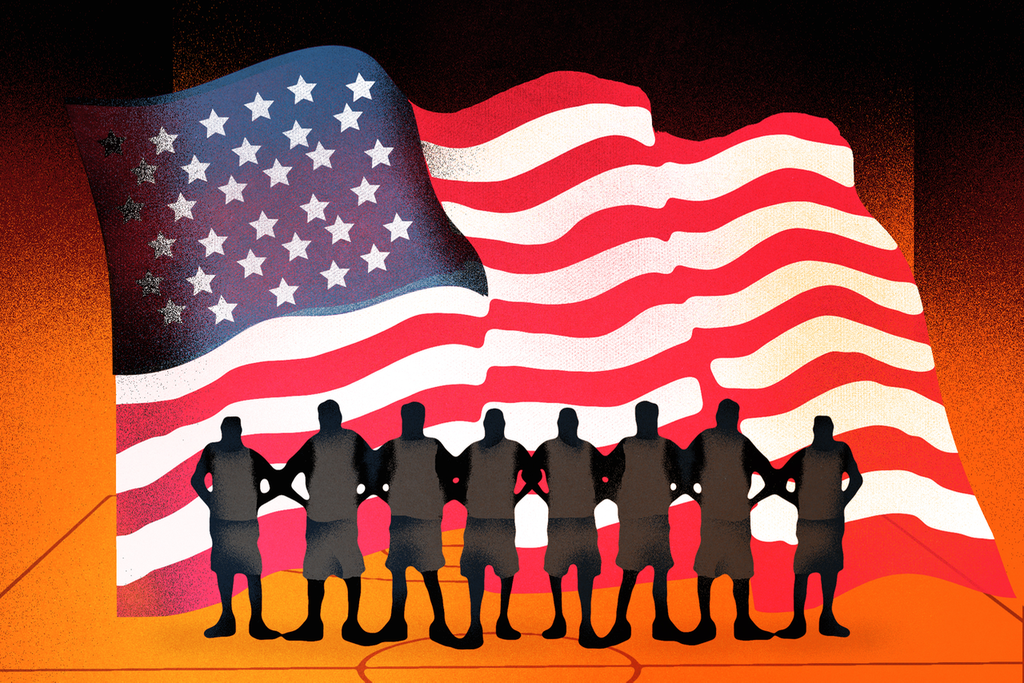 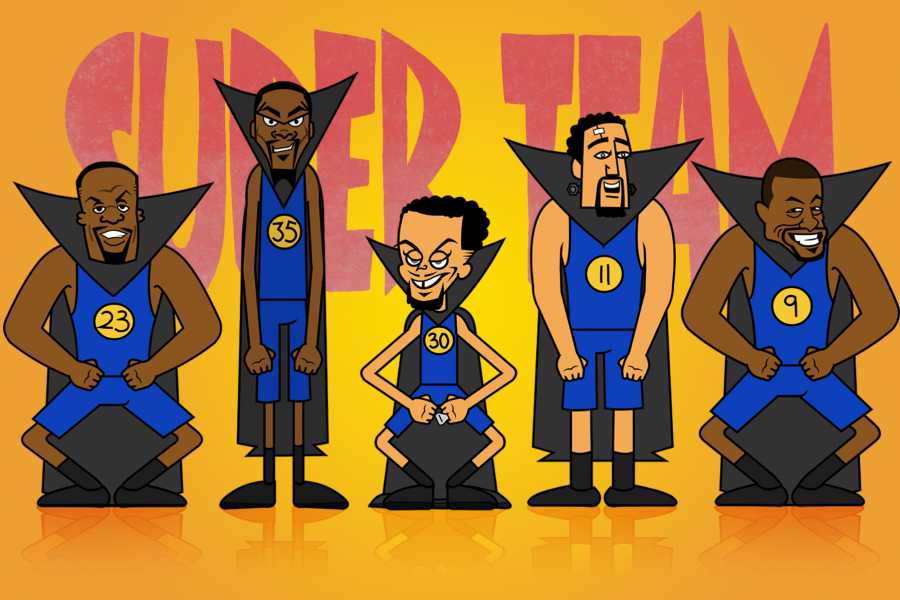 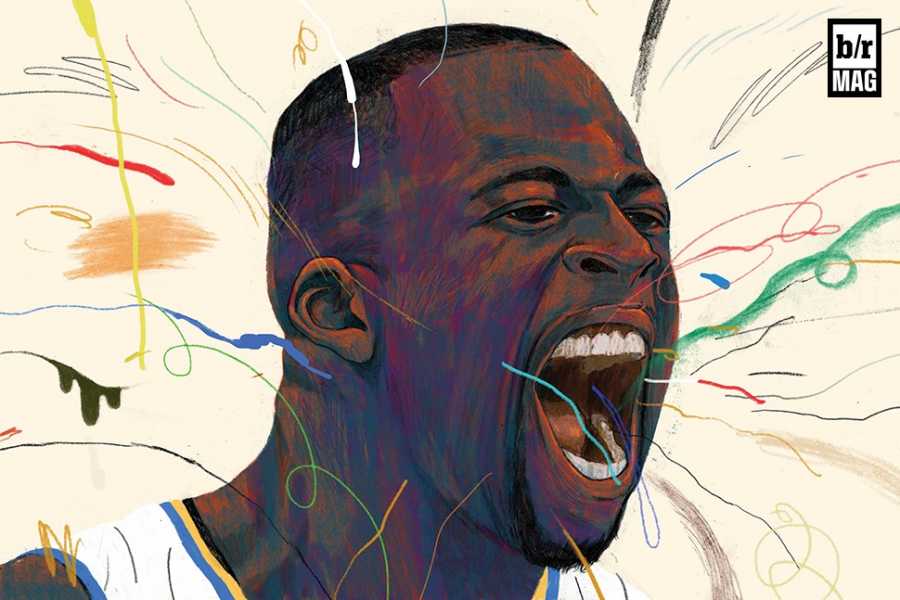 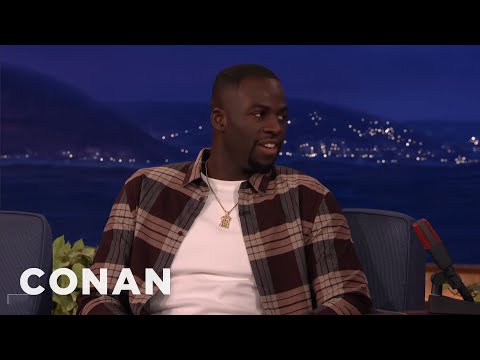